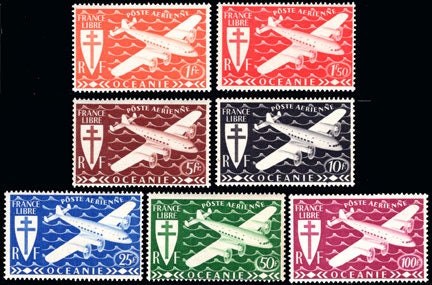 This set of seven French Oceania (French Polynesia) air mail postage stamps was issued during World War II to commemorate the 150th anniversary of the French Revolution. This set is from the London Air Mail Series, so-called because the stamps were actually produced in London, since France was occupied by Germany at the time of their production.