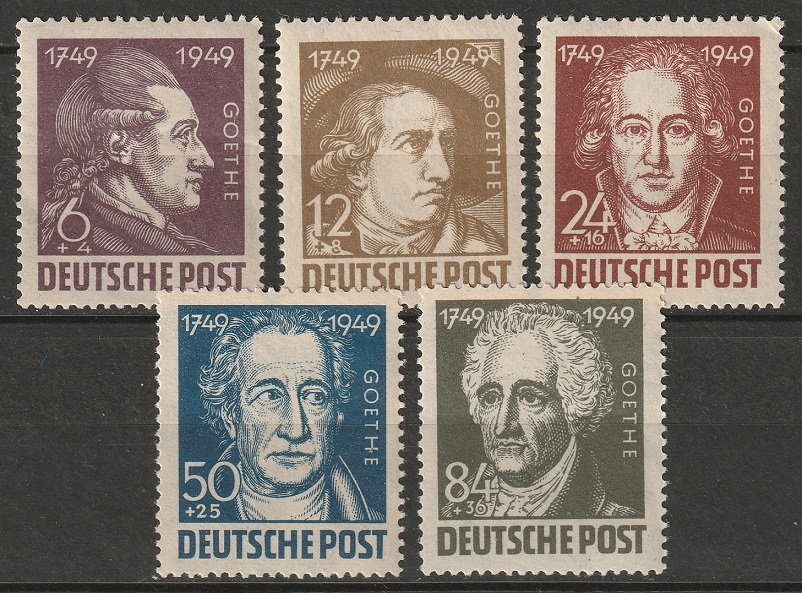 This set of five postage stamps was issued in the post-WWII Soviet Zone of Germany to commemorate the 200th anniversary of the birth of Johann Wolfgang von Goethe.

These postage stamps remained valid for use in the zone's mail system until June 30, 1951.