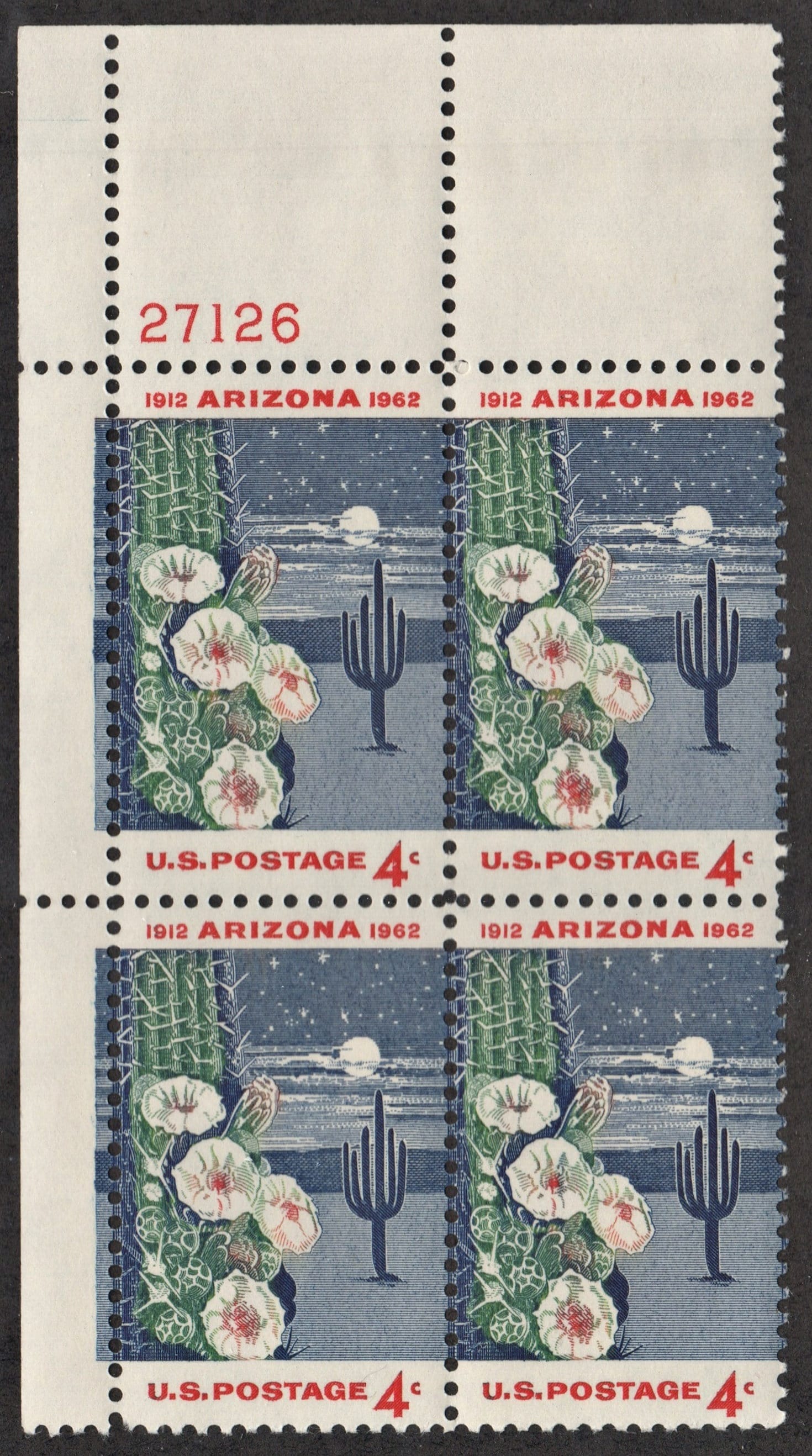 These collectible Arizona Statehood postage stamps commemorate the 50th anniversary of Arizona’s admission into statehood. The territory obtained statehood in 1912. As a result of the Treaty of Guadalupe Hidalgo signed at the end of the Mexican-American War, the United States received portions of Arizona. Additional territory was added as a result of the Gadsden Purchase in 1853. The stamp features an image of a desert landscape at night, the moon in the background and two Giant Saguaro Cacti.