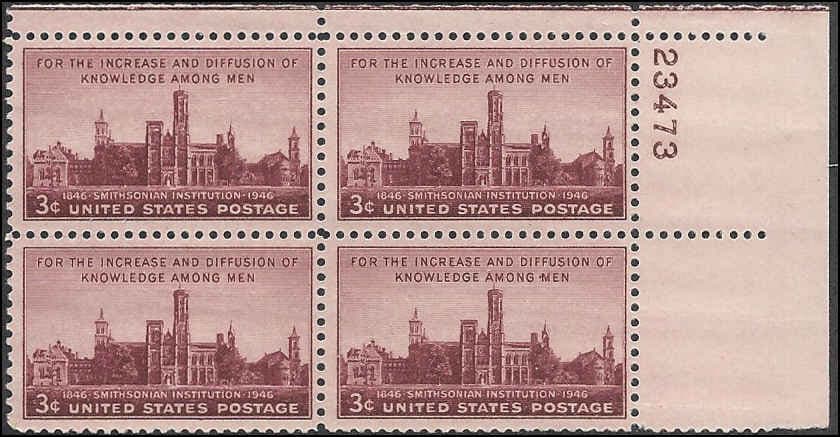 These 3-cent US stamps were issued in commemoration of the one hundredth anniversary of the founding of the Smithsonian Institution.

Each stamp is 0.84 by 1.44 inches in dimension, arranged horizontally, printed in a maroon color by the rotary process. The central design is a reproduction of the Smithsonian Institution enclosed in a single-line border, with the words “For the Increase and Diffusion of Knowledge Among Men” in two lines of dark Gothic lettering above. Directly beneath the central subject in white Gothic appears the inscription “1846—Smithsonian Institution — 1946.” The denomination designation “3c" is shown in the lower left corner and the words “United States Postage” in white Gothic lettering, extend across the bottom, centered slightly to the right.

We often have multiple copies of this item in stock; the image shown is representative of what you will receive. The plate number and/or position may vary.