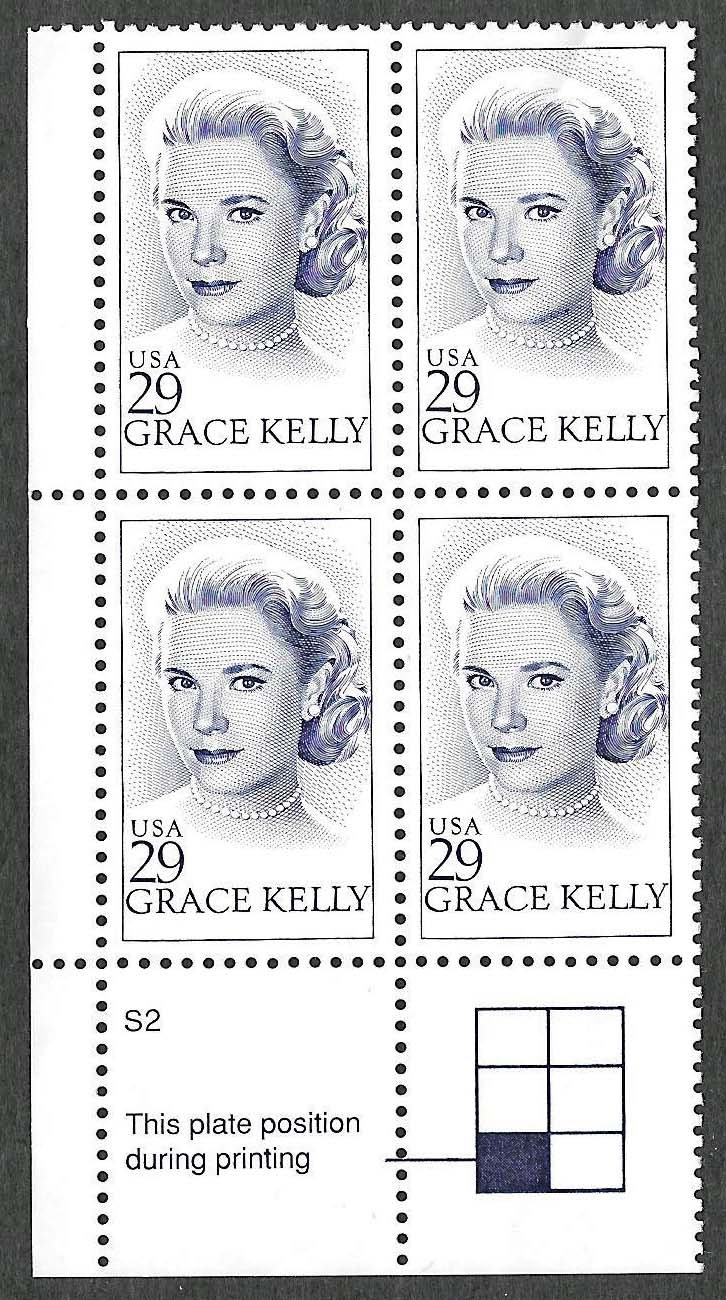 Grace Kelly (November 12, 1929 – September 14, 1982) was an American actress who starred in a number of important films in the 1950s, including "Mogambo" with Clark Gable and the Hitchcock-directed "Rear Window."

The portrait on the stamp was based on a photograph of Grace Kelly from the film "Country Girl" (1954), the film that won her an Academy Award.