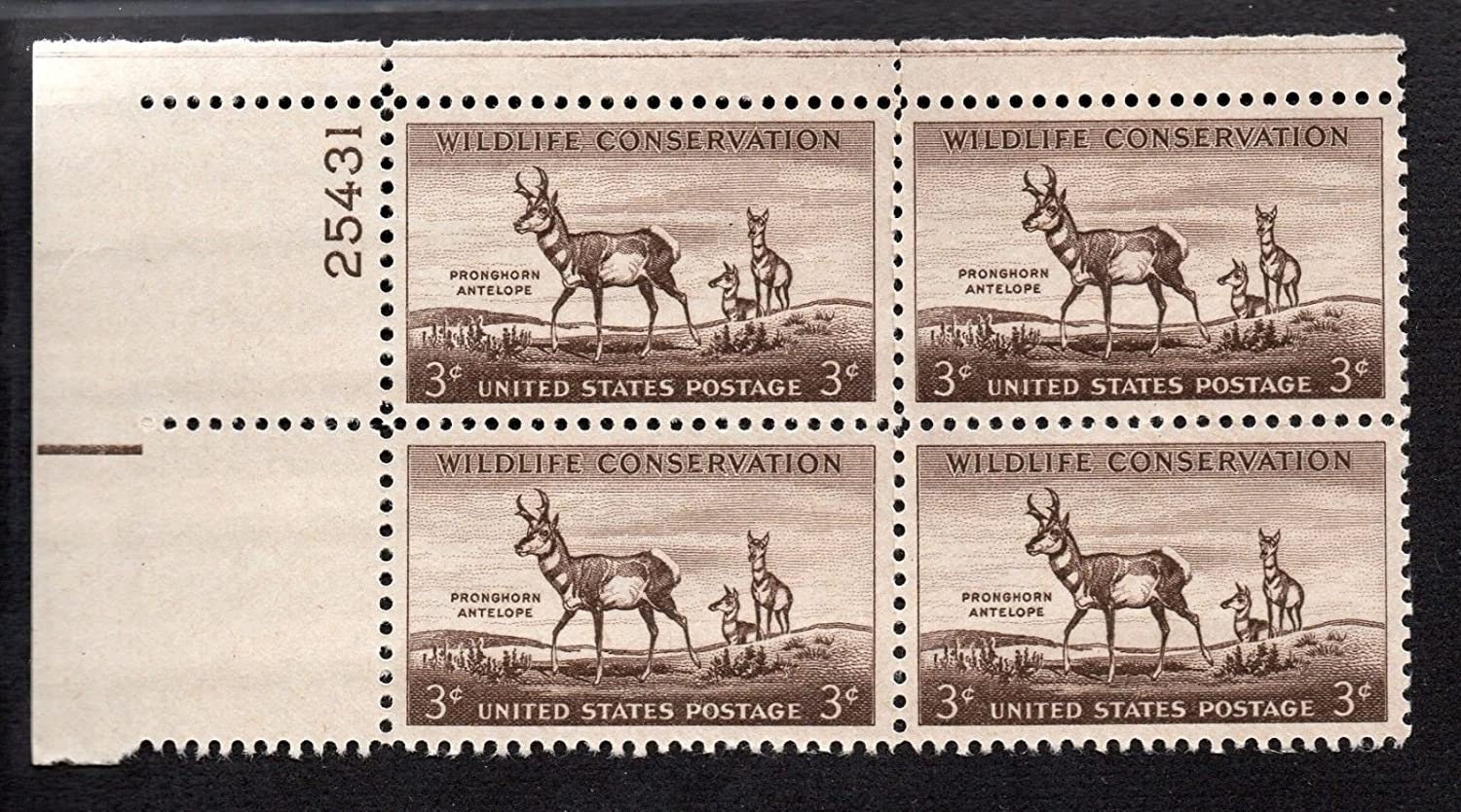 The pronghorn antelope, which is the subject of this second stamp in the Wildlife Conservation Series, was another example of the conservation work that was being carried on by State and Federal authorities in the 1950s. Antelopes were protected, studied, and transplanted under scientific guidance so that their numbers increased over time.

Each stamp is 0.84 by 1.44 inches in dimension, arranged horizontally, with a single outline frame, printed by the rotary process in brown, electric-eye perforated.

The central design of the stamp portrays a buck and two does of the Pronghorn Antelope species in their natural habitat. Across the top of the stamp is the wording “Wildlife Conservation,” in dark modified architectural Roman, and across the bottom “3c United States Postage 3c,” in modified white-face architectural Roman. The wording “Pronghorn Antelope,” arranged in two lines, appears to the left of the design slightly below the center, in dark Gothic.

These Pronghorn Antelope stamps were first placed on sale at Gunnison, Colorado, on June 22, 1956.