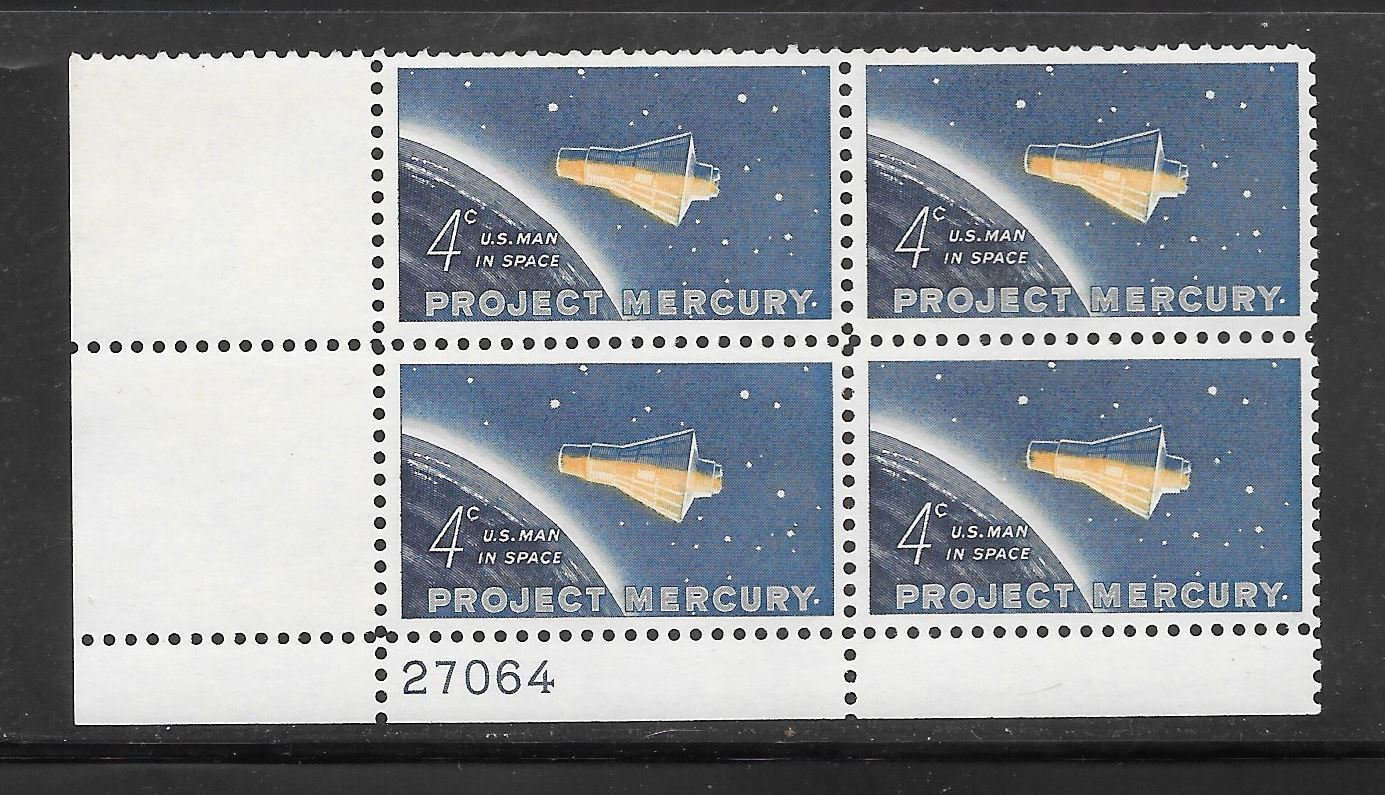 These 4-cent US postage stamps were first offered for sale on February 20, 1962, at the Post Office at Cape Canaveral, Florida. The stamps were issued to commemorate the first orbital flight of a United States astronaut. Project Mercury was the first human spaceflight program of the United States, run by NASA. The stamp depicts the “Friendship I” capsule above the Earth. “Friendship I” was manned by Lieutenant Colonel John Glenn, Jr, the first American in orbit.