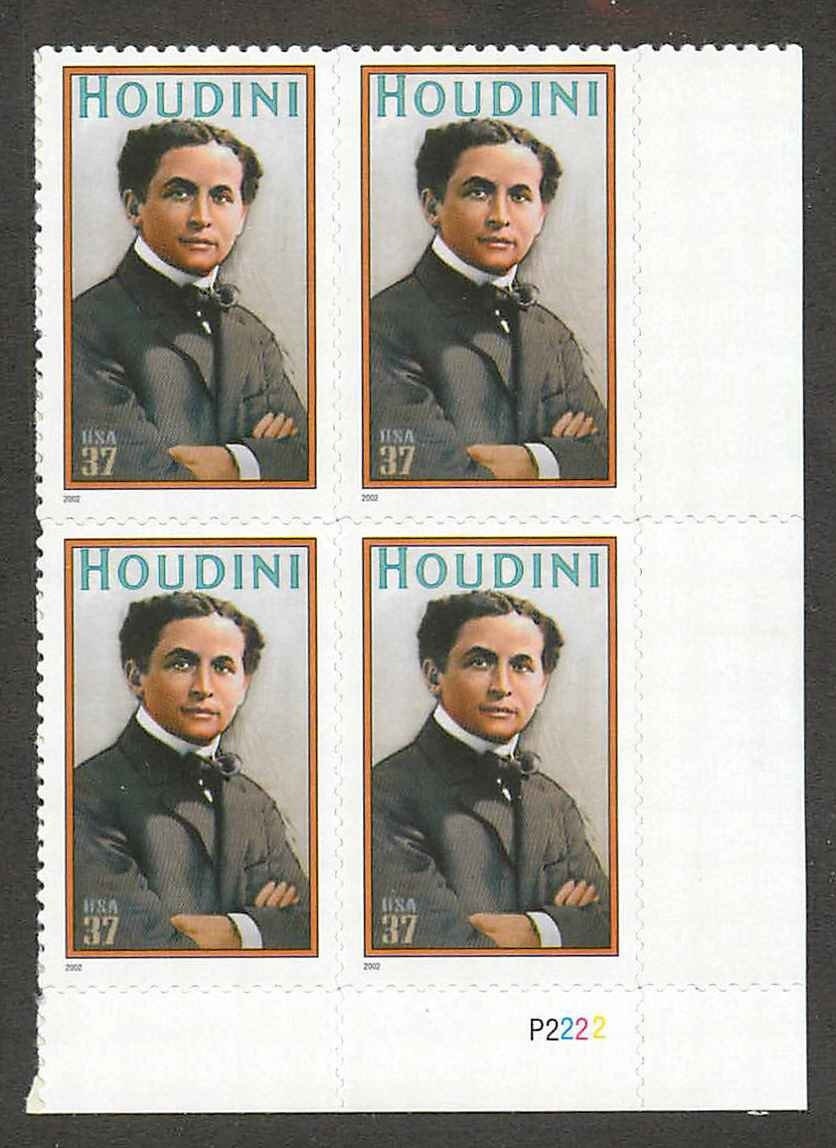 Harry Houdini was born in Budapest, Hungary, on March 24, 1874. His family immigrated to the United States and settled in Appleton, Wisconsin. His professional debut occurred at the age of nine, when he appeared as a contortionist and trapeze artist in a 5-cent circus. In later years, Houdini crusaded against spiritualism and worked to expose fraudulent mediums. He was one of the best-known performers of the early twentieth century, and his name remains synonymous with magic and escape today.

The 2002 issuance of the postage stamp coincided with the 100th anniversary of the Society of American Magicians. Houdini served as president of the society from 1917 until his death on Halloween, October 31, 1926.