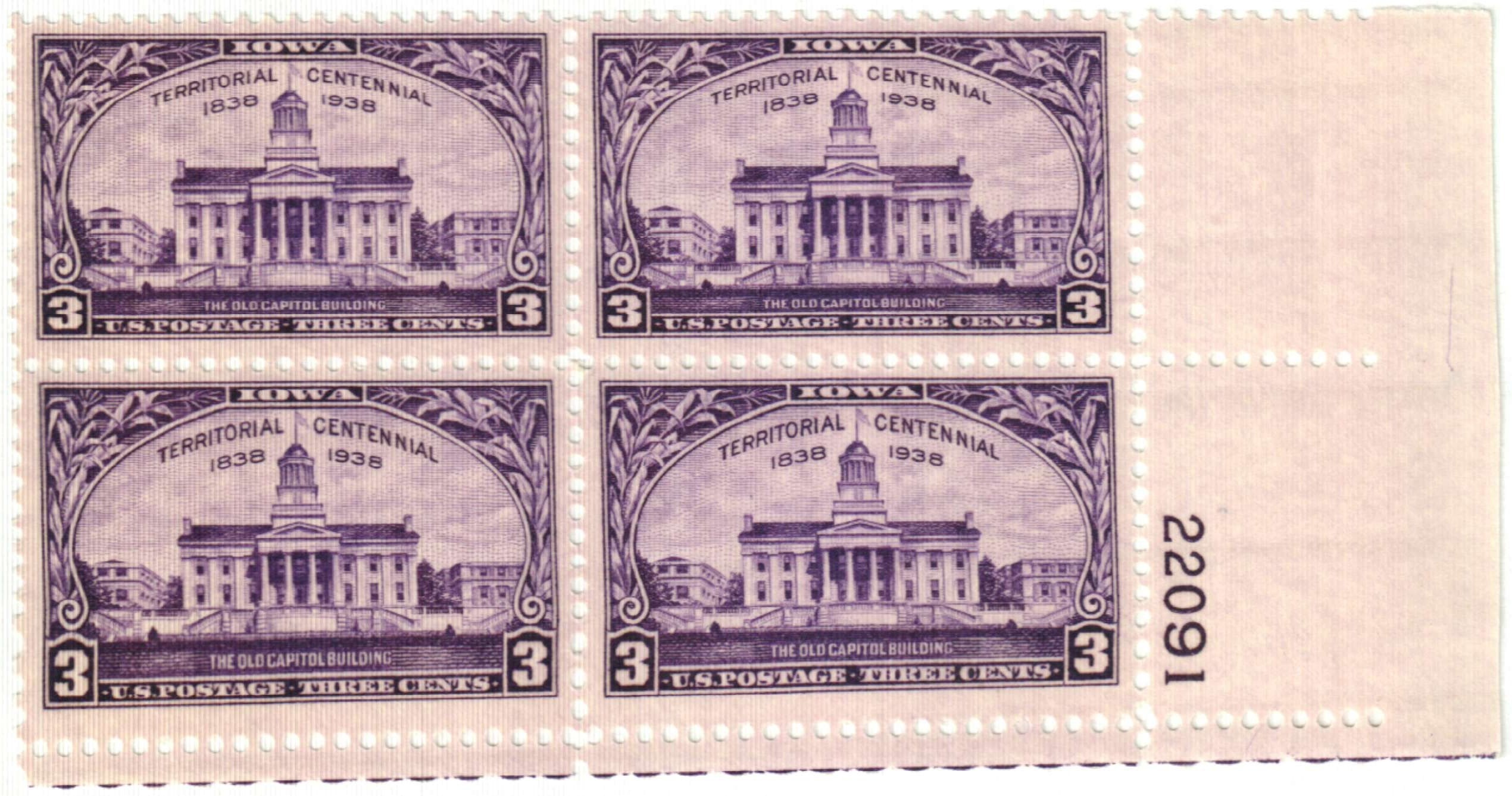 These stamps were issued to commemorate the centennial anniversary of the establishment of the Iowa Territory. Each stamp is arranged horizontally and is 84/100 by 1-44/100 inches in dimension. The stamps were printed in purple by the rotary process.

The central subject is a reproduction of the Old Capitol Building. In a small panel with dark ground at the center of the upper edge of the stamp is the name “Iowa” in white Roman, below which, arranged in two curved lines, is the wording “Territorial Centennial” and “1838” “1938”, in dark Gothic. In a straight line below the central subject is the wording “The Old Capitol Building” in white Gothic. The denomination numeral “3” in white is enclosed in square-shaped panels with dark ground and curved upper edges in each lower corner, between which, in a narrow panel with dark ground, is the wording “U.S. Postage—Three Cents”, in white Roman. Ornamental panels depicting stalks of corn rise from each side of the stamp and form an arch like effect for the central subject.