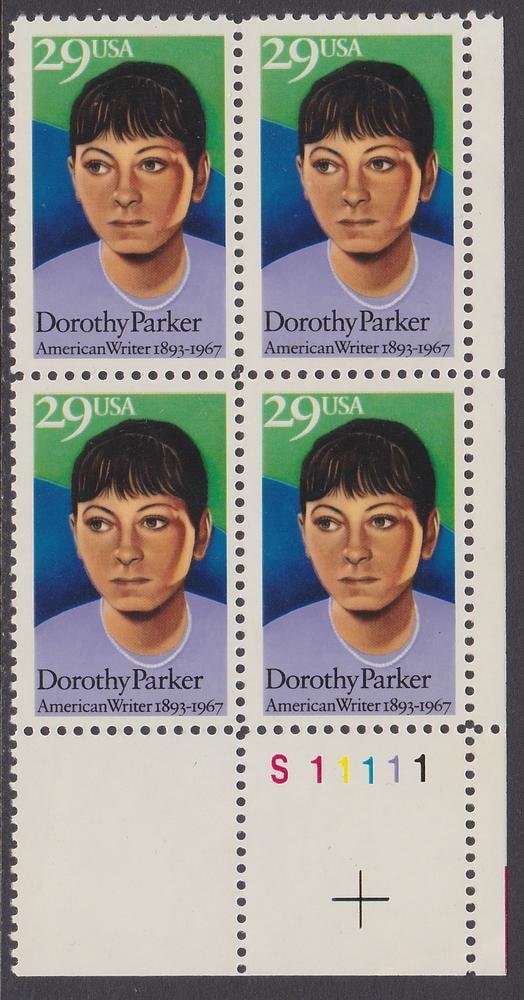 Noted American author Dorothy Parker was honored with these 29-cent commemorative stamps which were first placed on sale on August 22, 1992, in West End, New Jersey.

Dorothy Parker (1893-1967) was born 'Dorothy Rothschild' on August 22, 1893, in West End, New Jersey. After working for a fashion magazine, she became drama critic of the periodical "Vanity Fair" in 1917. When her reviews for "Vanity Fair" were considered too biting and stringent by the publisher, she joined the staff of "The New Yorker."

I gladly accept returns and exchanges