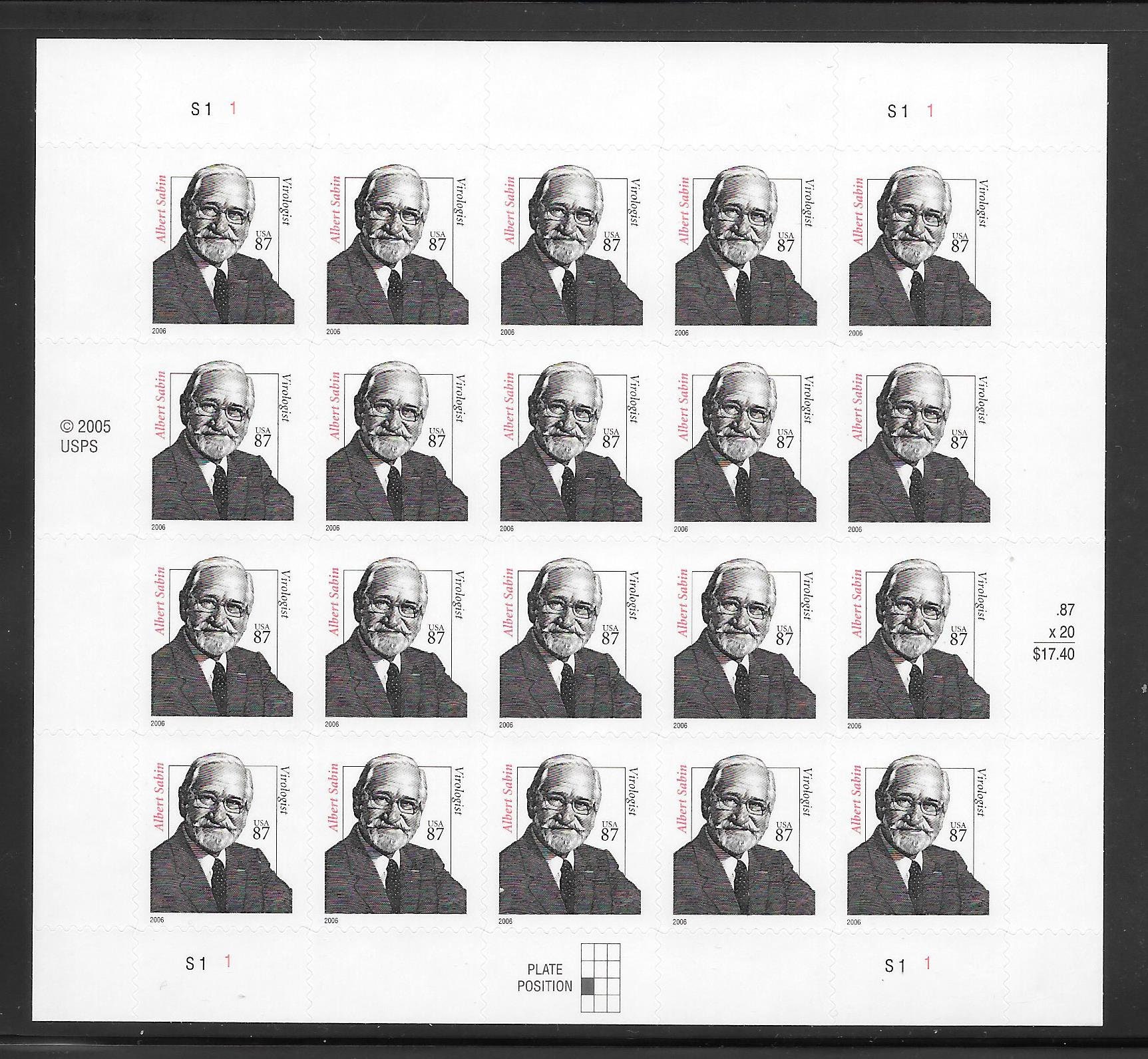 The US Postal Service issued these 87-cent Dr. Albert Sabin postage stamps on March 8, 2006. They were first placed on sale in Washington, DC.

The stamps honor virologist Albert Sabin (1906-1993), whose successful efforts to develop a polio vaccine made him one of the most esteemed scientists in the world. He received numerous awards, including the National Medal of Science (1970) and the Presidential Medal of Freedom (1986).

Through the early 1950s, polio outbreaks caused such panic and widespread concern that parents kept their children away from school and other public facilities. Although Sabin's vaccine came after Dr. Jonas Salk's vaccine, it was the standard treatment for years because it was easier to administer and reduced the spread of polio using a weakened live virus.

I gladly accept returns and exchanges