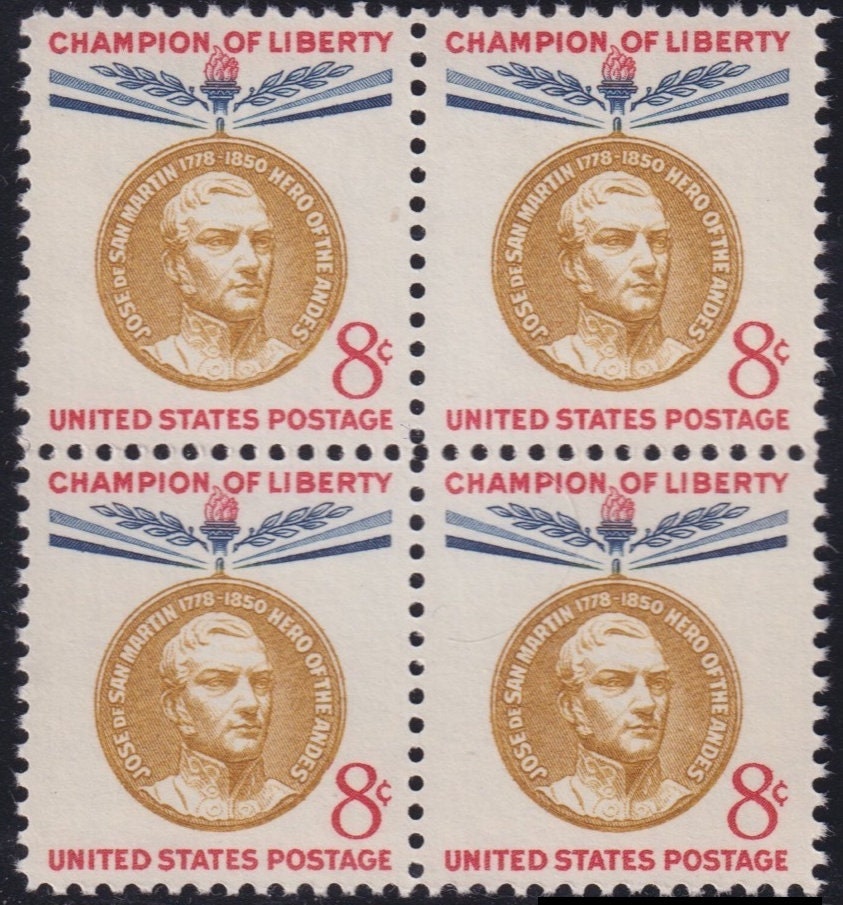 This block of four 8-cent US postage stamps, the fourth in the “Champions of Liberty” series, honors Jose de San Martin, Hero of the Andes. Each stamp is 0.85 by 0.98 of an inch in dimension (Famous American size), arranged vertically. The stamps were printed on the Giori press in blue, red and golden ocher. The stamp depicts a medallion with a three-quarter portrait of San Martin, reproduced from a print provided by the Library of Congress. The wording “Jose de San Martin 1778-1850 Hero of the Andes” encircles the head. The medal is shown suspended from a ribbon, while directly above the pendant is a torch of liberty between two sprays of leaves. The wording “Champion of Liberty” forms the top of the stamp and “United States Postage” the bottom, both printed in modified Gothic.