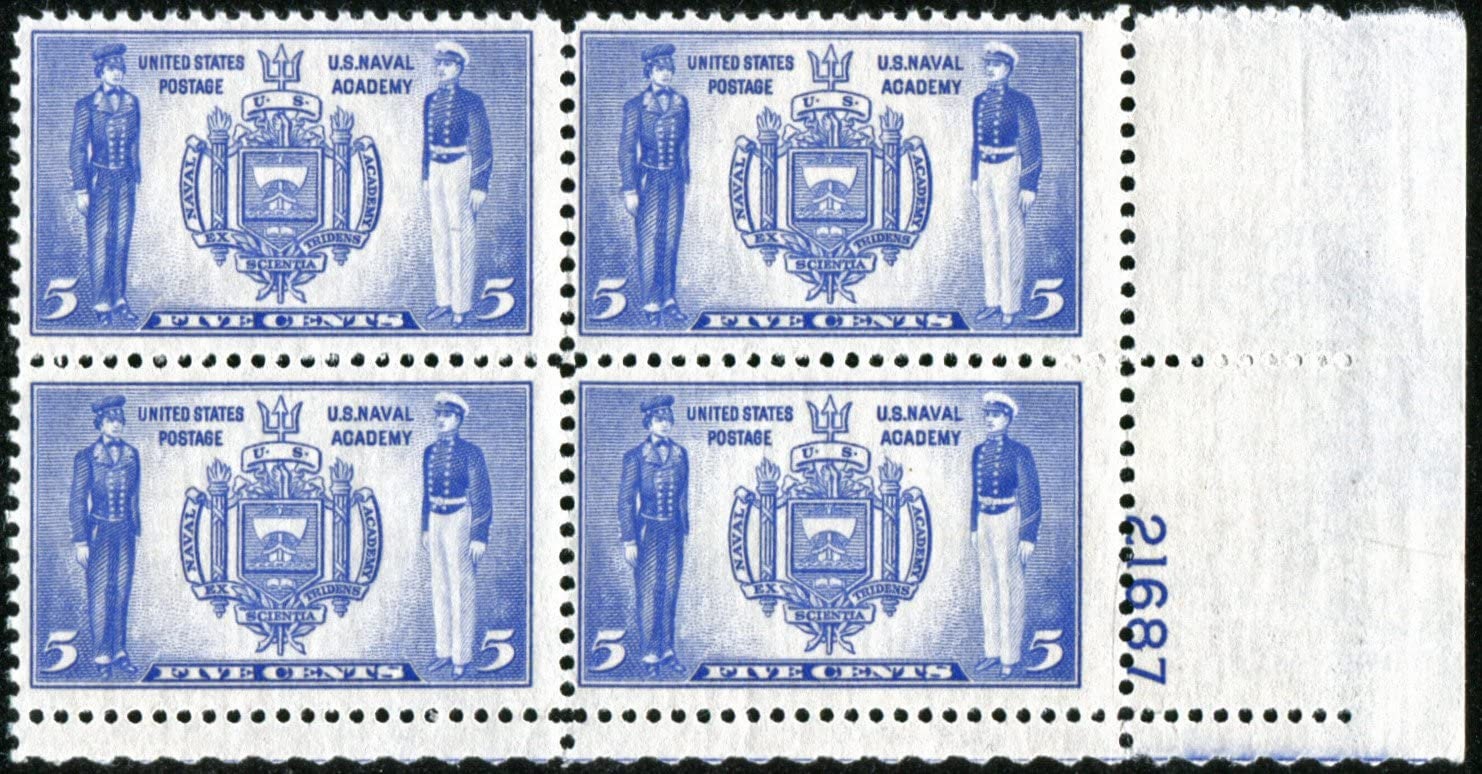 This plate block of four 5-cent US postage stamps, printed in blue, has for the central design a reproduction of the official seal of the United States Naval Academy at Annapolis, Md., flanked on either side by naval cadets, the one at the left wearing the uniform of the early days of the Academy, and the one at the right in the present-day uniform. At the top of the stamp, on the left, is the wording “United States Postage” in dark Gothic, arranged in two lines, and in a corresponding position at the right are the words “U. S. Naval Academy.” In each lower corner is the large numeral “5”, in white. In a narrow panel with sloping ends and dark ground, at the center of the lower edge of the stamp, is the inscription: “Five Cents”, in white Roman.

We often have multiple copies of this item in stock; the image shown is representative of what you will receive. The plate number and/or position may vary.