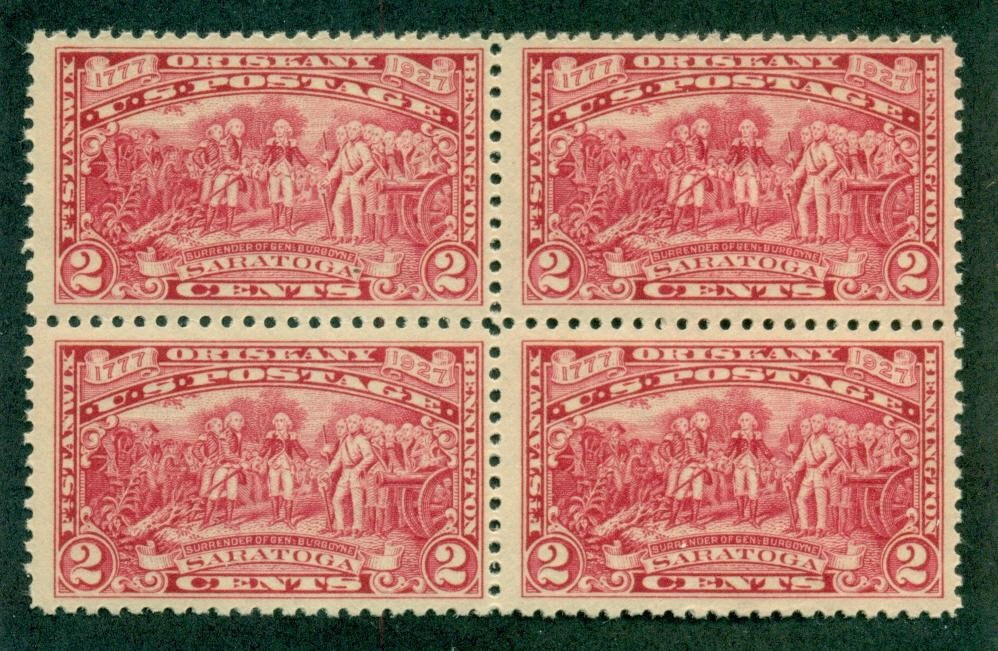 This block of four 2-cent US postage stamps was issued to commemorate the Battles of Fort Stanwix, Oriskany, Bennington, and Saratoga. The central design of the stamp represents the surrender of General Burgoyne, and is enclosed in panels bearing the words “Fort Stanwix” at the left, “Oriskany” at the top, and “Bennington” at the right, with the word “Saratoga” beneath the design. In a curved panel near the top of the stamp are the words “U.S. postage” in white Roman letters, and on ribbon scrolls in both upper corners are the years “1777” and “1927.” In an ornamental panel at the bottom of the stamp appears the word “Cents” with the numeral “2” in both lower corners within circles supported by acanthus scrolls. Immediately beneath the central vignette appear the words “Surrender of Genl. Burgoyne.”