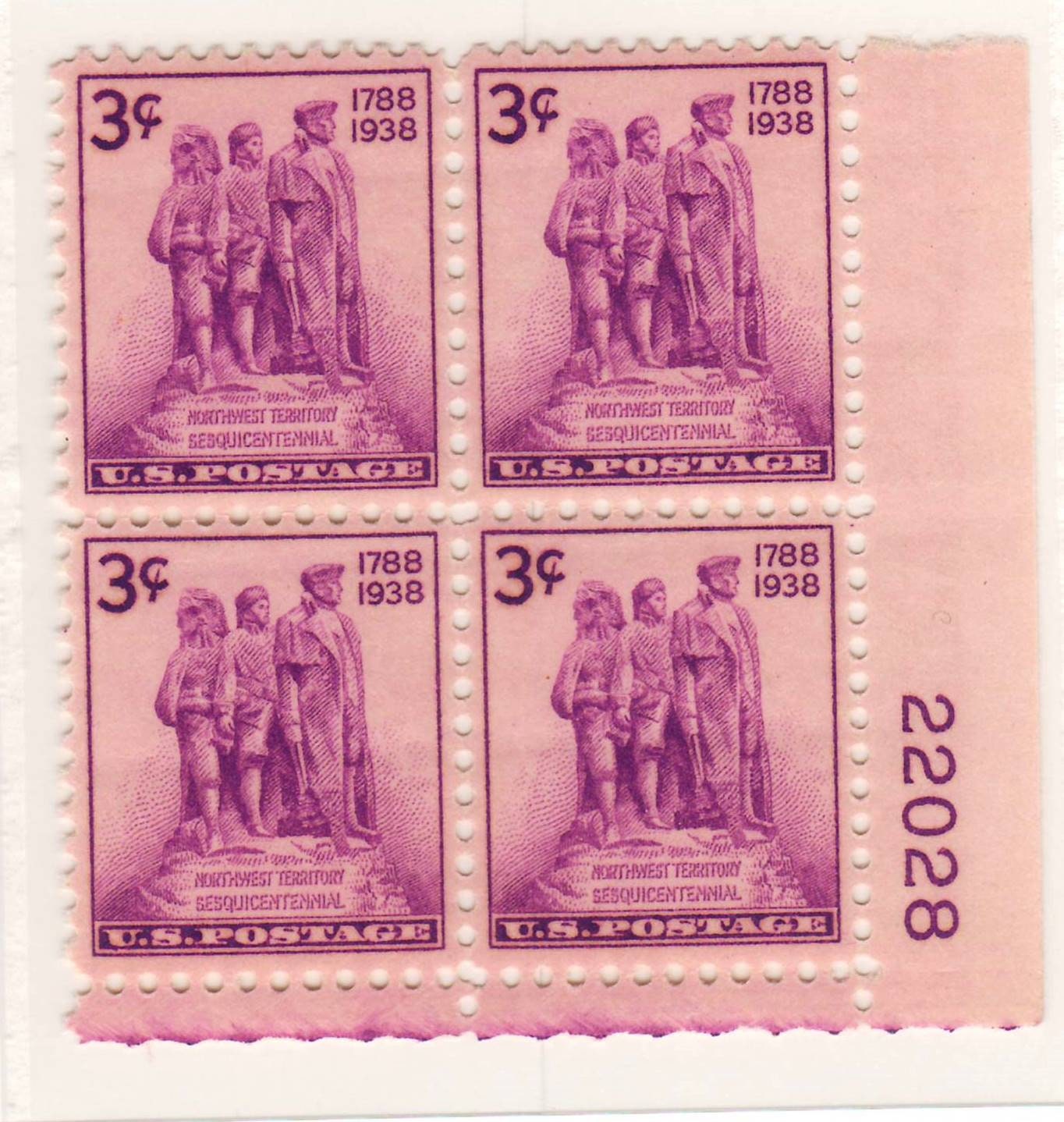 This plate block of four 3-cent US postage stamps was issued to commemorate the Northwest Territory Sesquicentennial. The central design of this stamp depicts the memorial statue by Gutzon Borglum, symbolizing the colonization of the West, located at Marietta, Ohio. At the base of the statue in raised Gothic letters is the wording “Northwest Territory Sesquicentennial”, arranged in two lines. The stamp has a single line frame, and is without background. In the upper left corner in dark Gothic is the denomination “3c.” In a corresponding position in the upper right corner, in dark Gothic, is the date “1788,” with “1938” underneath. In a narrow panel with dark ground along the base of the stamp is the inscription “U.S. Postage” in white Roman. The stamp was first sold on July 15, 1938, at Marietta, Ohio, where the first civil government in the Northwest Territory was established.