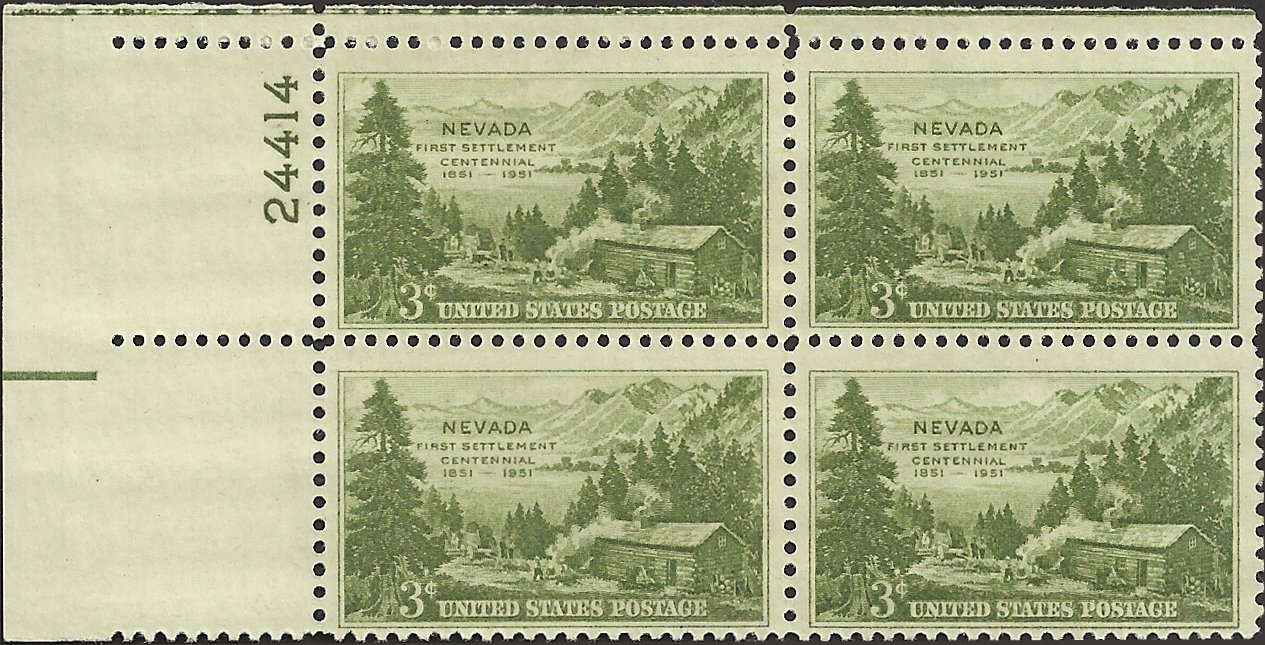 This collectible plate block of four 3-cent US postage stamps was issued to commemorate the one hundredth anniversary of the first settlement of Nevada. Each stamp is 0.84 by 1.44 inches in dimension, arranged horizontally with a single-line border, printed by the rotary process in green, and electric-eye perforated. The central subject of the stamp consists of a log cabin, with a mountain range in the background, and a pioneer scene typical of the period of the first European-ancestry permanent settlement in Nevada. In the upper left portion of the stamp arranged in four lines of dark Gothic, appears the wording “Nevada First Settlement Centennial 1851-1951”. Across the bottom of the stamp is the inscription “3c United States Postage” in white face Roman. The stamp was first offered for sale at Genoa, Nevada, on July 14, 1951.

Printed By: Bureau of Engraving and Printing
Perforations: 11 x 10 ½