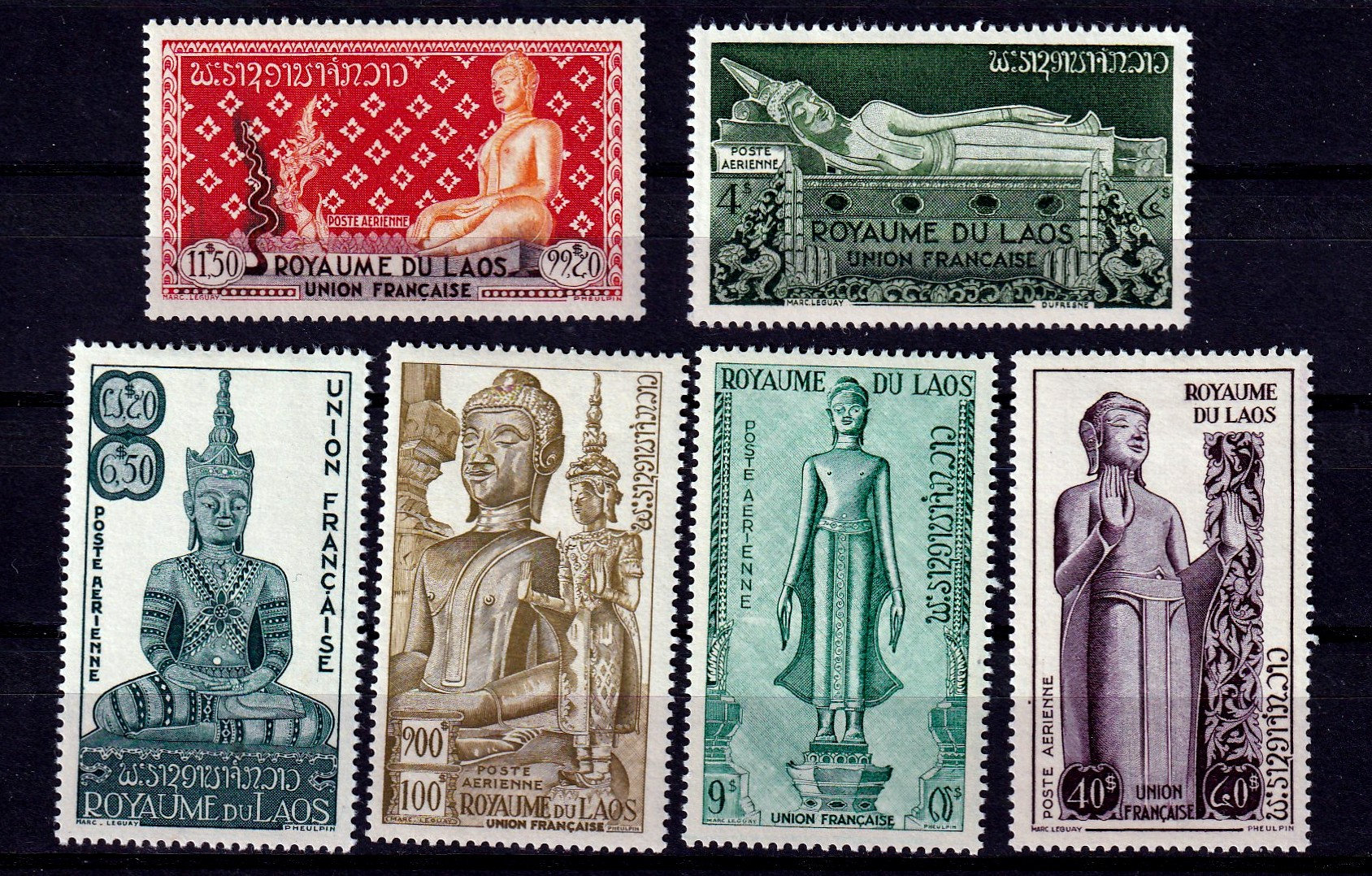 This set of six air mail postage stamps was issued by Laos to honor The Great Oath, and depicts various statues of Guatama Buddha, as follows: