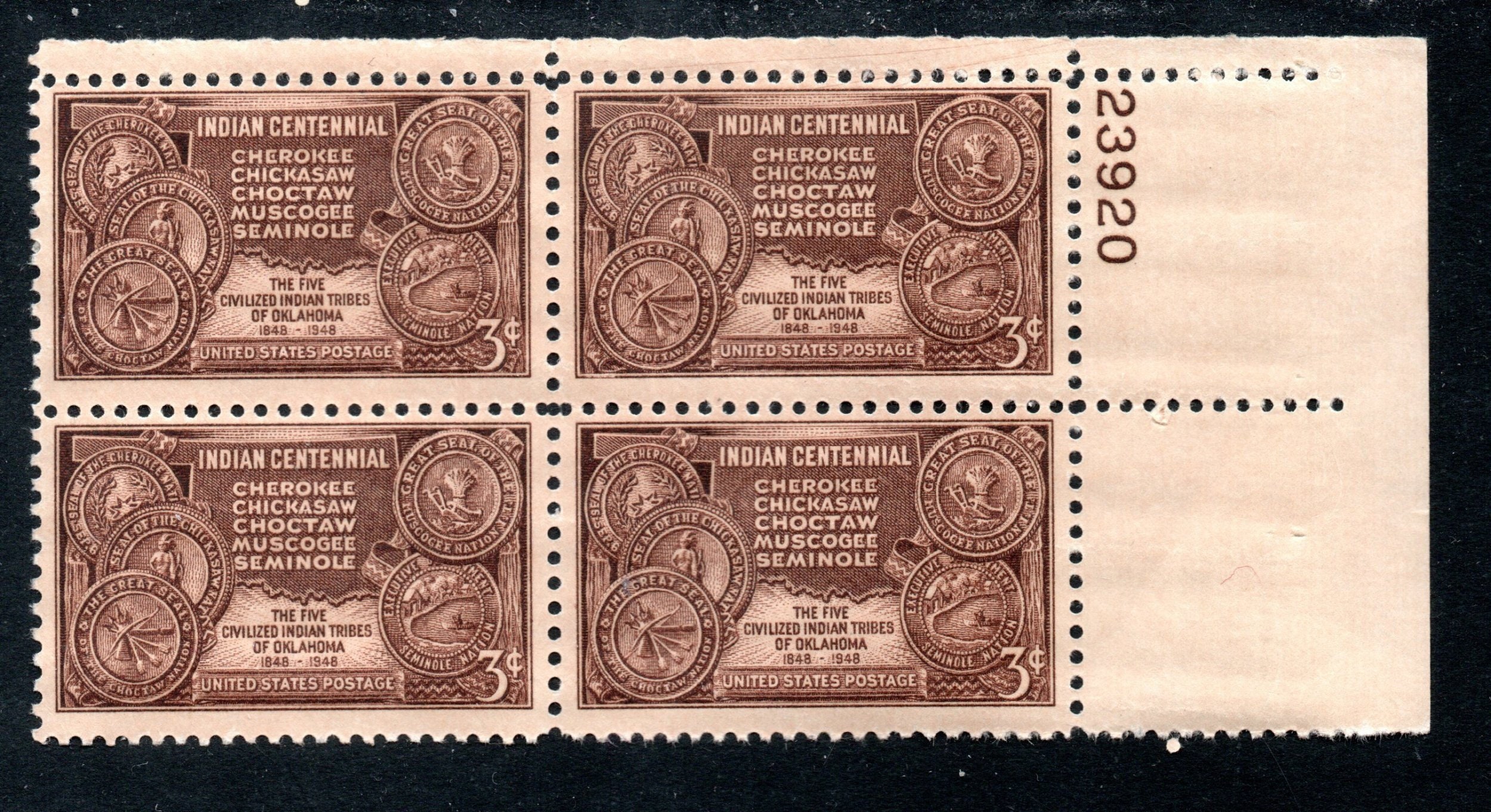 This plate block of four 3-cent US postage stamps was issued to "commemorate" the arrival of the "Five Civilized Tribes" in Oklahoma. This term - "Five Civilized Tribes" - was the name given to the Chickasaw, Choctaw, Cherokee, Creek, and Seminole American Indian tribes. Settlers of European descent took their land, and the U.S. government forced most of the members of these Amerindian tribes to move to "Indian Territory," in what is now Oklahoma, between 1830 and 1842. Thousands of Indians died making the journey, now known as the Trail of Tears. While these postage stamps commemorate a sad chapter in American history, they have value as a teaching tool when discussing United States history.

The plate number and/or position may vary.