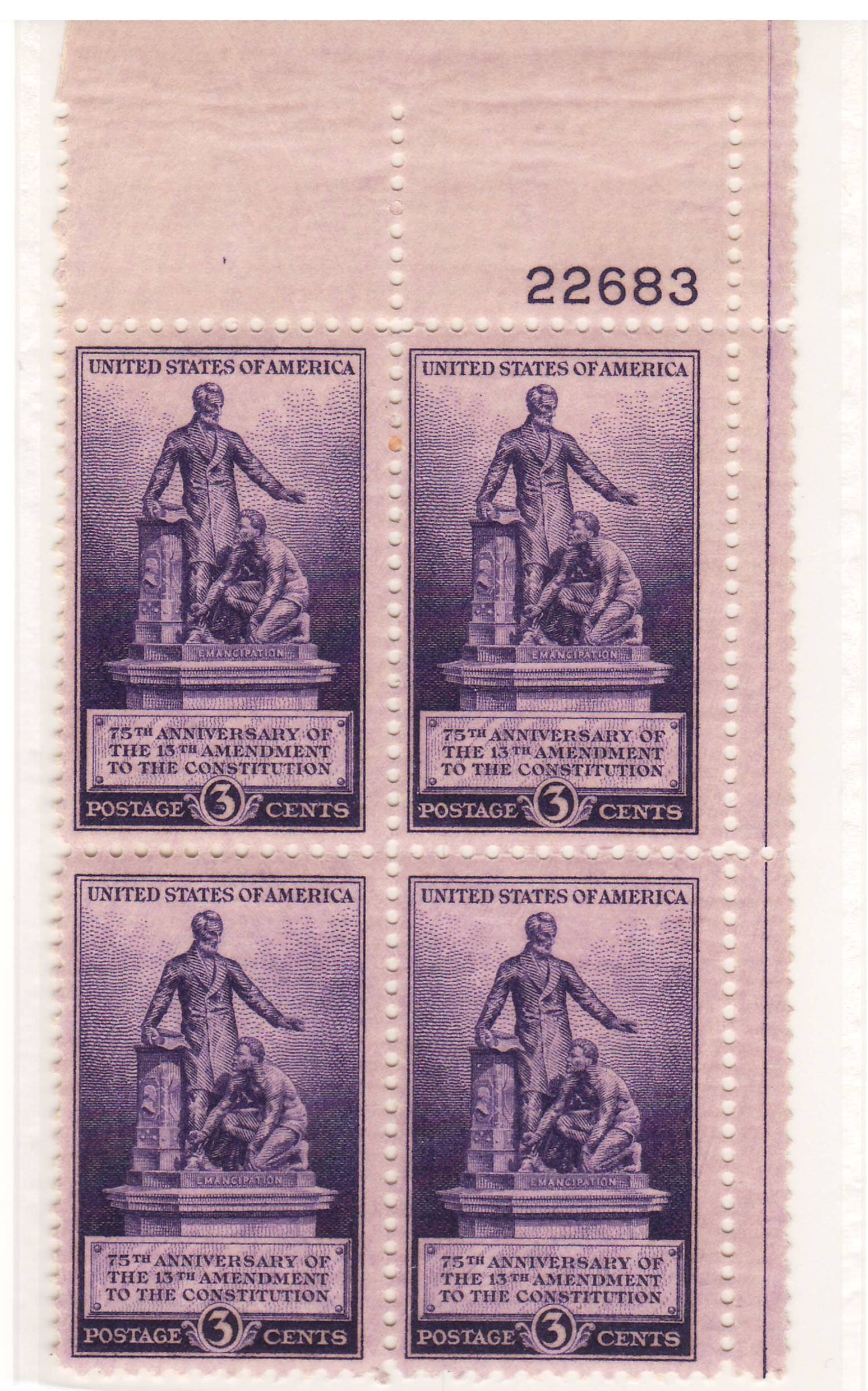 This collectible plate block of four 3-cent US postage stamps was issued by the United States Post Office to commemorate the 75th anniversary of the 13th Amendment, which declared that “neither slavery nor involuntary servitude” would be lawful in the United States.