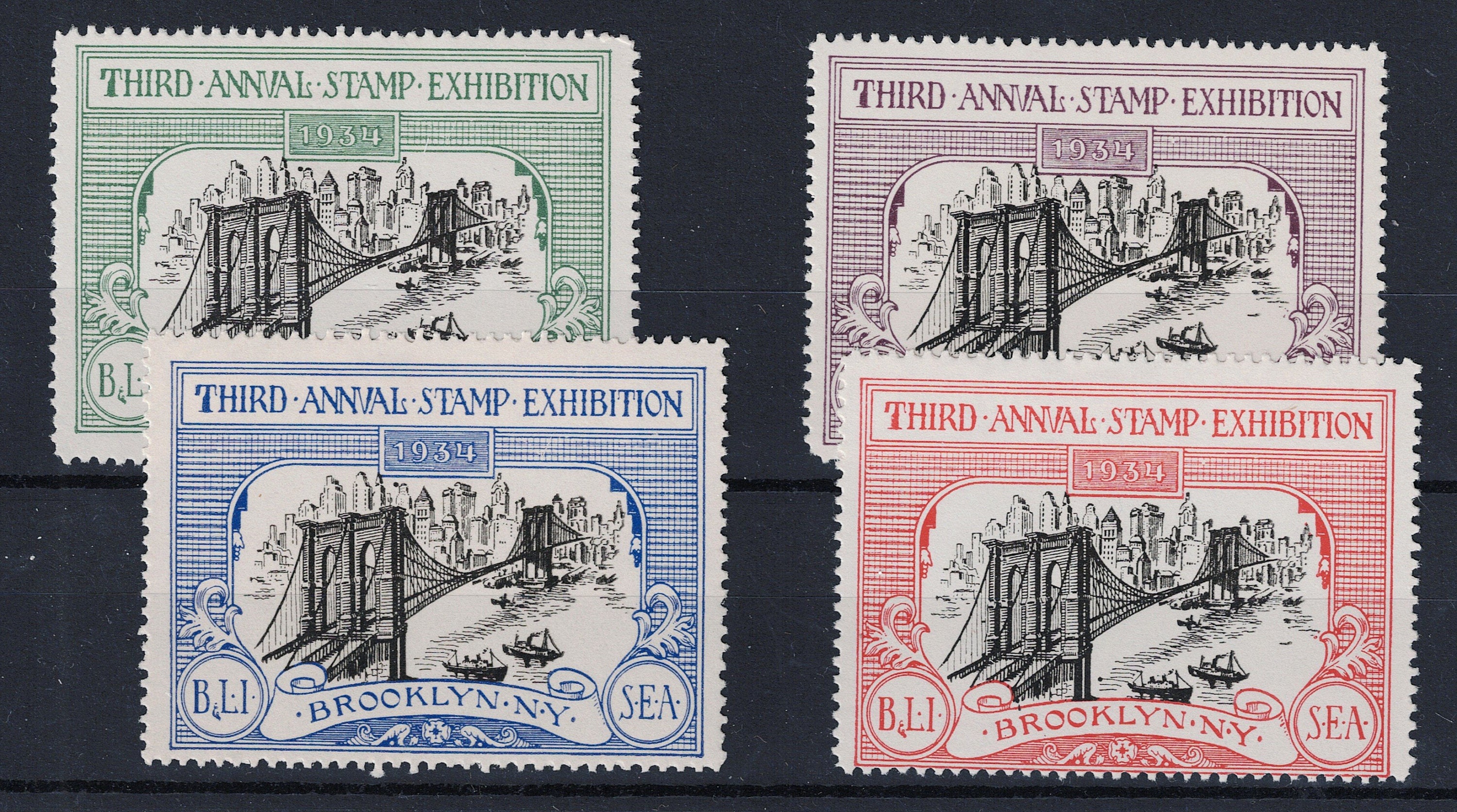 This set of four poster stamps (also known as Cinderella stamps, because they were not valid for postage) were issued for the Third Annual Stamp Exhibition held in Brooklyn, New York in 1934 during the Great Depression in what is sometimes referred to as the Golden Age of Stamp Collecting. The stamps were printed in four different colors; the design is the same on each stamp, and depicts the Brooklyn Bridge. Boats can be seen sailing under the bridge, with the city skyline in the background.