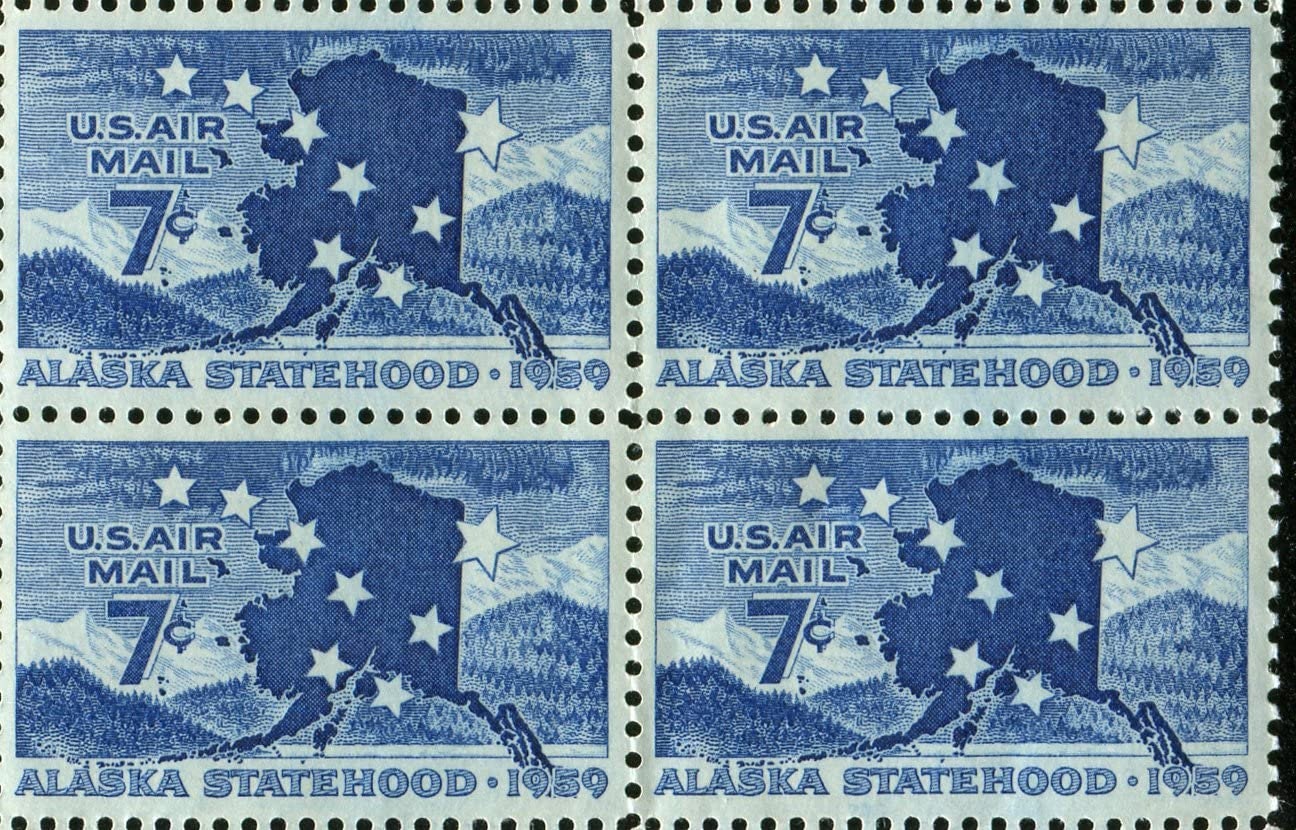 The Post Office Department first offered for sale these 7-cent Alaska Statehood commemorative airmail stamps at the Juneau, Alaska, post office on January 3, 1959, the date of Alaska's admission to the Union.

The stamp features the Big Dipper and North Star (as portrayed on the Alaskan flag) superimposed on a map of Alaska. In the background appear wooded hills and snow-topped mountains, indicative of the terrain and the vastness of the area and its wealth. In the left portion of the stamp, in dark gothic lettering outlined in white, is printed "U. S. Air Mail" in two lines and the value, "7¢." Across the bottom in lighter, modified gothic lettering against a plain background appear the words "Alaska Statehood 1959."