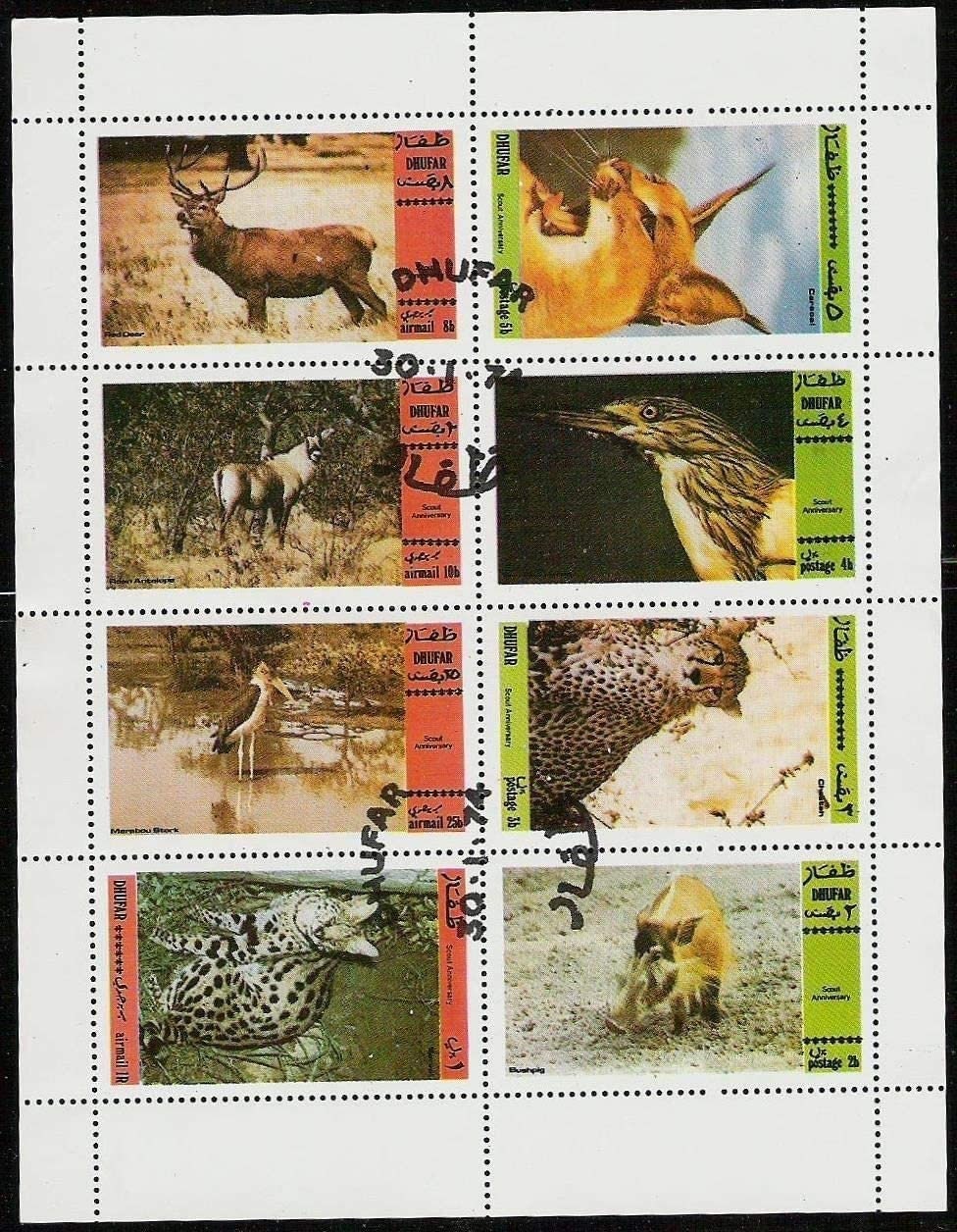 This miniature sheet of eight stamps depicting big cats and other animals was issued by Dhufar, and cancelled to order (CTO).

Stamps from Dhufar were issued by exiled Imam Ghalib bin Ali al-Hinai's Oman Imamate State, a rebel group against the Sultanate of Oman. As such, they were not issued by a recognized postal agency and are thus considered to be Cinderella stamps, a popular area of stamp collecting.