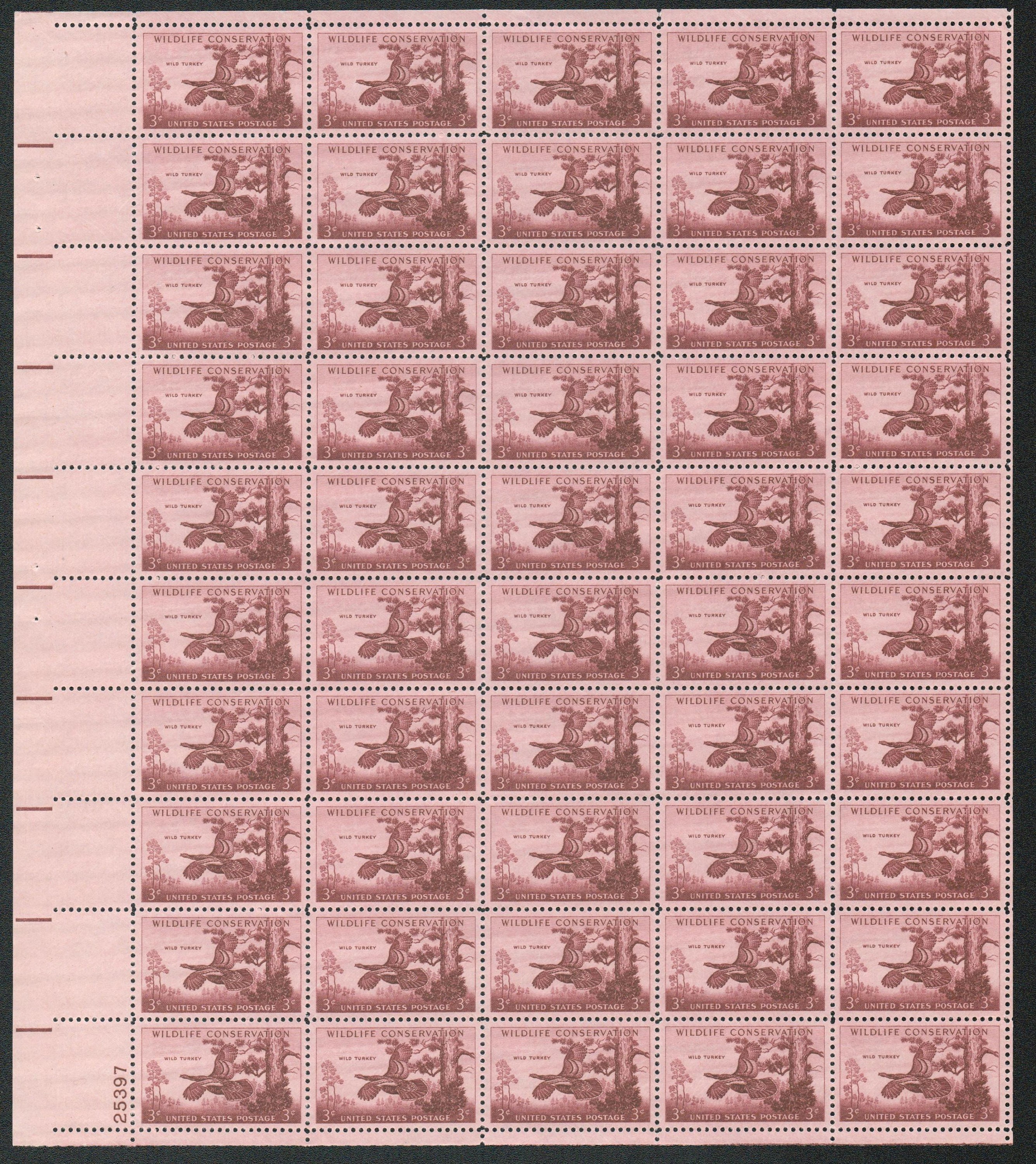 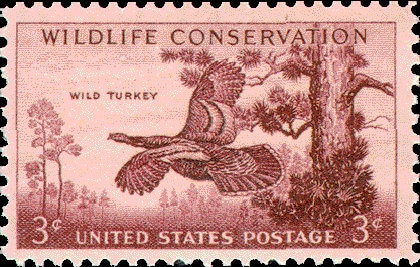 These 3-cent stamps were the first in a series issued to emphasize the importance of wildlife conservation in America. The wild turkey, which is the subject of this issue, offered an example of the conservation work carried on by Federal and State Governments. Wild turkeys, largest and fastest flying of upland game birds, were restored to their original haunts in many eastern, southwestern and middle western States, where they provide recreation to nature lovers, bird watchers, and sportsmen.

The Wild Turkey stamp is 0.84 by 1.44 inches in dimension, arranged horizontally, with a single outline frame, printed by the rotary process in maroon and electric-eye perforated. The central design of the stamp portrays a wild turkey in flight against a sparsely wooded background. Across the top of the stamp is the wording “Wildlife Conservation,” in dark modified architectural Roman, and across the bottom United States Postage 3c,” in modified white face Roman. The wording “Wild Turkey,” in dark Gothic, appears to the left of the stamp.