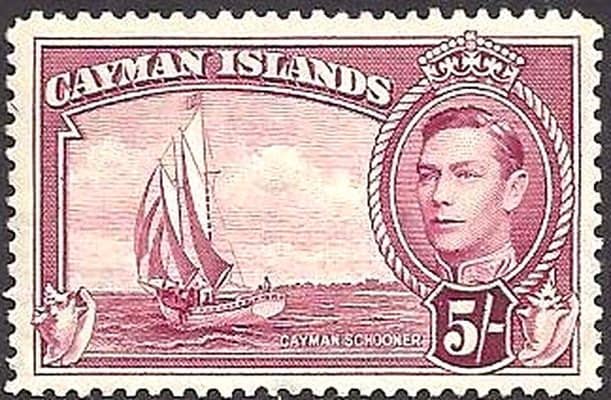 Stamp collectors can specialize in any number of areas. Typically, a specialty is confined to one or a group of related countries or time periods. Many collectors of British Empire postage stamps do both; having already restricted their interests to a group of related countries, they further narrow their collecting interests to the reign of a particular British monarch. (If you are wondering what countries specifically make up the British Empire for philatelic purposes, don’t despair; I’ll be addressing that in a future blog entry.)

So, what reigns are involved, and what dates are we looking at? There were, of course, British monarchs before Queen Victoria, but there were no postage stamps, so let’s start there. Queen Victoria reigned from June 20, 1837, to January 22, 1901. The world’s first postage stamp, Great Britain’s Penny Black, bore a likeness of Queen Victoria and was issued in May 1840. One can find postage stamps with images of Queen Victoria from a number of British Empire countries, including India and Canada. Some are wildly expensive, others quite affordable, even today.

Queen Victoria’s reign was followed by that of Edward VII, which lasted until May 6, 1910. If you’re asking, “How many interesting stamps could have actually been issued in a reign that lasted 9 years and 104 days,” the answer is, “enough to keep a collector happy for a good many years.”

After Edward VII we have George V, who stamp collectors have always warmed to because King George V was himself an avid stamp collector. He reigned until January 20, 1936, a period of 25 years and 259 days. This is a nice long period, and an interesting one, which included World War I, the Great Depression, and the build-up to World War II. Stamp designs became quite interesting, and the stamp printing process became more refined.

Following King George V (sometimes abbreviated as KGV, and similar abbreviations are used by philatelists for other reigns as well), we have the less-than-one-year reign of King Edward VIII, who abdicated the throne officially on December 11, 1936. During the 326 days of his reign a number of interesting stamps were issued.

When Edward VIII left the throne, his brother, King George VI became monarch, and remained so until February 6, 1952. If you’ve ever watched the 2010 film “The King’s Speech,” then you already know quite a bit about King George VI (KGVI). This reign was dominated by the events of World War II and its aftermath, and is a wonderful era to collect. (It’s actually my favorite, but please do not allow yourself to be influenced by that.)

As of this writing, the current British monarch is Queen Elizabeth II, who of course became Queen when her father passed away. Her remarkable reign has already lasted well over 69 years, and British Empire stamps produced during this time period are modern, diverse, and interesting to a great number of collectors.

Having written the above, I should hasten to add that, of course, one need not feel compelled to collect only one era. It all depends upon one’s interests and one’s resources, chiefly time and money.

Previous Post Welcome to Sonora Stamp Shop
Next Post What Areas Constitute the British Empire for Stamp Collectors?
0 items in your cart