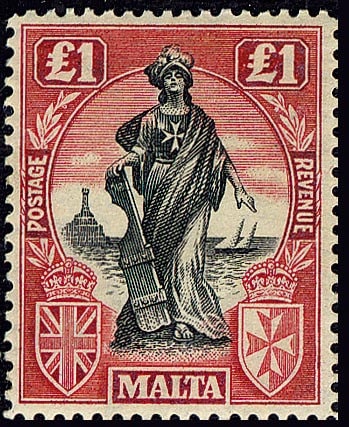 In our last blog, we identified the six major geographical areas that constituted the British Empire, at least as far as stamp collectors are concerned. Chief amongst these areas is British Europe. But what countries are in British Europe, precisely?

Next up come the Channel Islands, sometimes referred to as the British Channel Islands. These are (surprise, surprise) islands in the English Channel, and they have a bit of an interesting history. They were originally held by the Duchy of Normandy, and naturally passed to the English Crown at the time that William the Conqueror became King of England in 1066. Nowadays, they are considered British Crown Dependencies – not part of the United Kingdom, not part of the European Union, not colonies, not overseas territories. The islands are grouped into two British Crown Dependencies, the Bailiwick of Guernsey and the Bailiwick of Jersey, both stamp-issuing entities in their own right.

The Isle of Man also issues its own postage stamps. It is also a Crown Dependency, but has a different history from the Channel Islands and a different location, as it’s actually situated in the Irish Sea between Ireland and Great Britain.

Gibraltar is a British Overseas Territory. Spain asserts a claim to the territory, but for stamp collecting purposes, as of this writing Gibraltar is part of the British Empire.

So far, so good. The rest of the list is a bit more complex, because it consists of countries that once were considered part of the British Empire. I won’t turn the rest of this blog into a long essay on history (or politics), but do feel encouraged to do further research.

Heligoland – Heligoland was annexed by Britain in 1814, then ceded to Germany in 1890.

Now all we’re left with is British Offices Abroad, which actually means “British Post Offices Abroad”. Most of these, of course, are not in Europe, but the stamps used by these entities were usually overprinted Great Britain definitives, which is why they are included here. And here they are:

Previous Post What Areas Constitute the British Empire for Stamp Collectors?
Next Post The Postage Stamps of British Africa
0 items in your cart