The Postage Stamps of British Africa 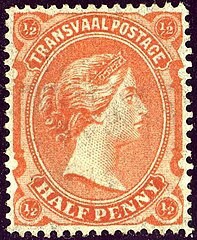 In previous blogs, we’ve discussed the six major divisions of the British Empire for philatelic purposes and covered one of them, British Europe. Now it’s time to discuss British Africa. The list of countries considered to be in British Africa is a long one, so I’ll confine myself to just a few opening remarks.

First, of course, is that the list that follows is one traditionally agreed upon by stamp collectors and philatelic organizations, and is intended to be used for stamp collecting purposes.

Second, the countries listed – some of which no longer exist – either were or are considered to be part of the British Empire at a given time. Take, for example, Tanzania. Tanzania achieved independence on December 10 (or December 9 – some sources disagree), 1963. Obviously, then, postage stamps issued by that country after that date aren’t really “British Empire” stamps.

Third, some of the countries on the list might not technically be in Africa. St. Helena is actually about 1,950 kilometers west of the coast of southwestern Africa. But it had to go somewhere, and there’s no “Out in the middle of the South Atlantic” category, so it’s listed here. Okay – here’s the complete list:

I hope you find this list helpful in your philatelic endeavors.