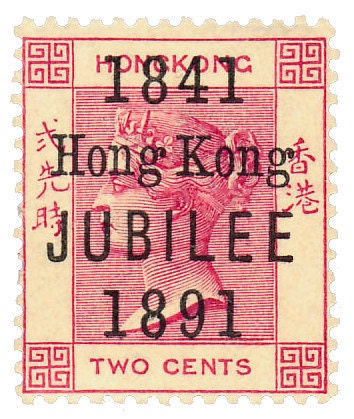 In our continuing journey through the British Empire, we’ve already discussed British Europe, British Africa, and British America. This blog will answer the question as to which countries make up British Asia. It bears repeating that there can be overlap between areas, that some countries on the list may no longer exist as such, and that these are countries that either are or once were part of the British Empire in the eyes of stamp collectors.

An example may be helpful. Except for a brief time during World War II, when it was occupied by the Japanese, Hong Kong was a British Crown Colony and dependent territory of the British Empire from 1841 to 1997. So, of course, Hong Kong postage stamps issued during that time period are considered to be stamps of British Asia. Today, the same location is known as the Hong Kong Special Administrative Region of the People's Republic of China, and so stamps currently in use in Hong Kong are not considered to have anything to do with British Asia.

One could say more – and, perhaps, since Indian States are on the list below, one should say more – but let’s get right to the countries of British Asia, which are:

If you’re looking for a great area to collect, please do not be put off by the length of this list. The stamps of British Asia are fascinating, and while the prices for some material can be astronomical, collecting this area on a budget is entirely feasible.